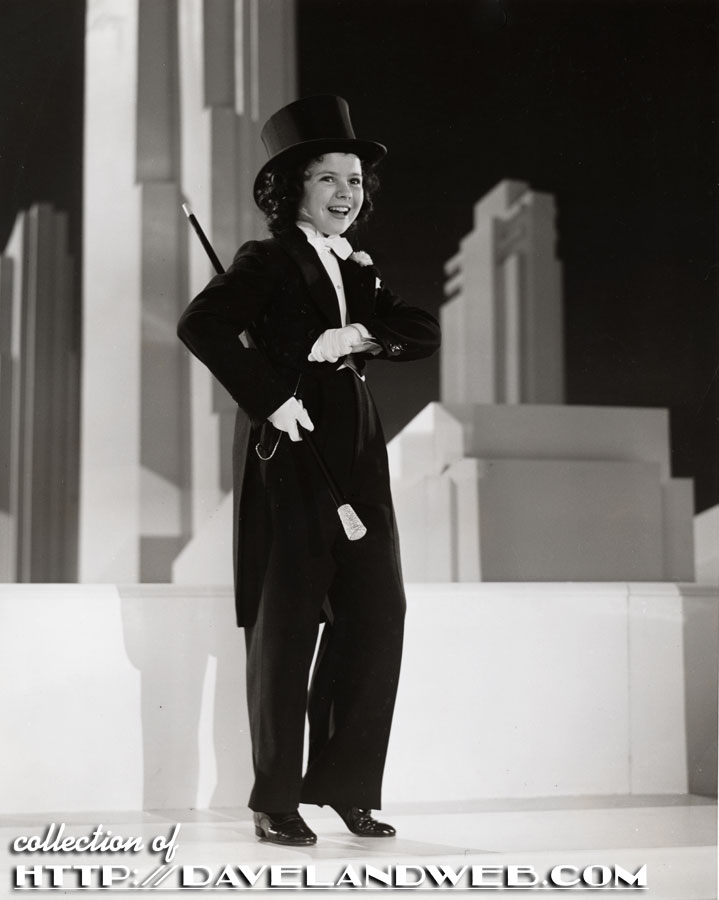 One of my very favorite Shirley Temple musical numbers is “Fifth Avenue” from the 1940 film “Young People.” Not surprisingly, I commissioned the talented Lolly Moran to recreate the tuxedo that Shirley wore in the film for one of my 18" Ideal composition dolls. Unfortunately, Lolly could not do the gloves, hat, or cane. She did however suggest Dollspart for the top hat, which I immediately ordered. Not sure which size to get, I bought the two sizes that I thought would be close. Sadly, it was a Goldilocks situation and I was missing the “just right” size. There was the too big one: 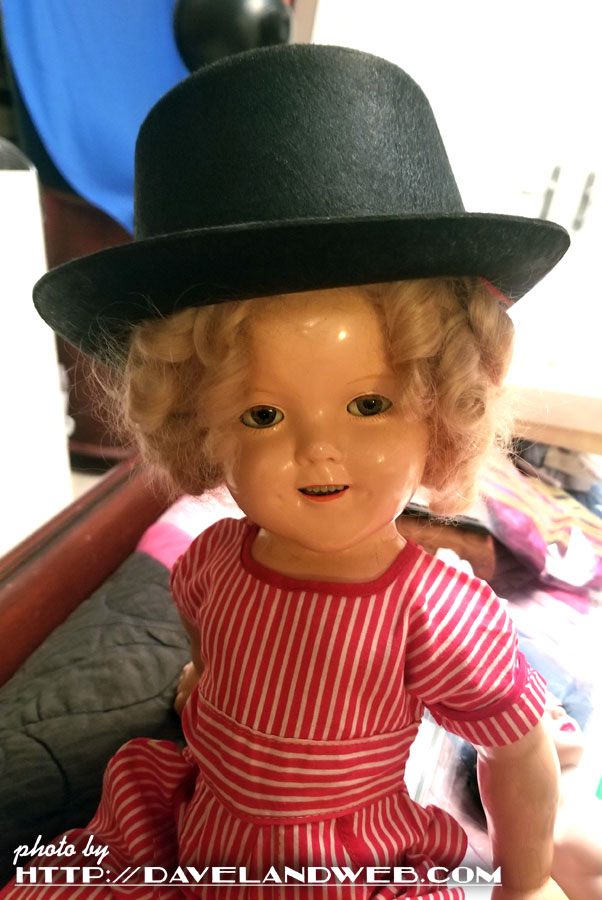 …and the too small version, which wasn’t even the right shape. It would have been better suited for an Abraham Lincoln doll. 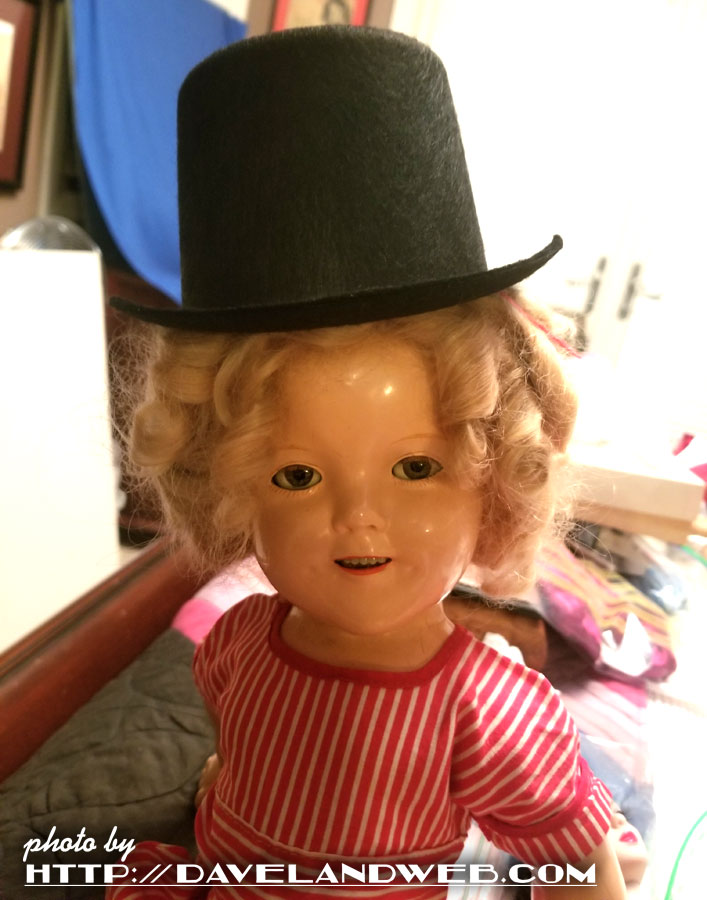 I ended up putting a silk ribbon with bow around the larger one, as I figured at least it was the right shape, and by putting it on at an angle, I could (slightly) disguise the fact that it didn’t really fit. Fortunately, the 18" doll I had chosen to model the hat had a BIG head full of curls! The gloves were easy; I’d made many pairs before, so that went off the checklist immediately. The hardest part was the cane. Buying wooden dowels, I painted them first with black enamel, and then the tips in silver. Easy. 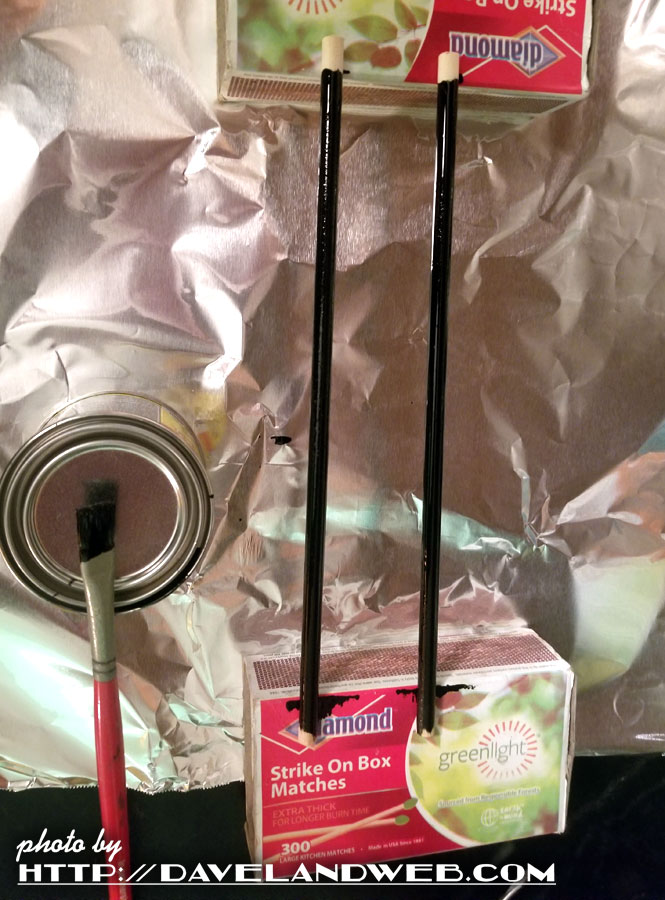 The glitter for the top of the cane came out messy and clumped. I had dipped the top in glue and then dipped it in the bottle of glitter. No control with that method and the glitter stuck haphazardly. Back to the drawing board. 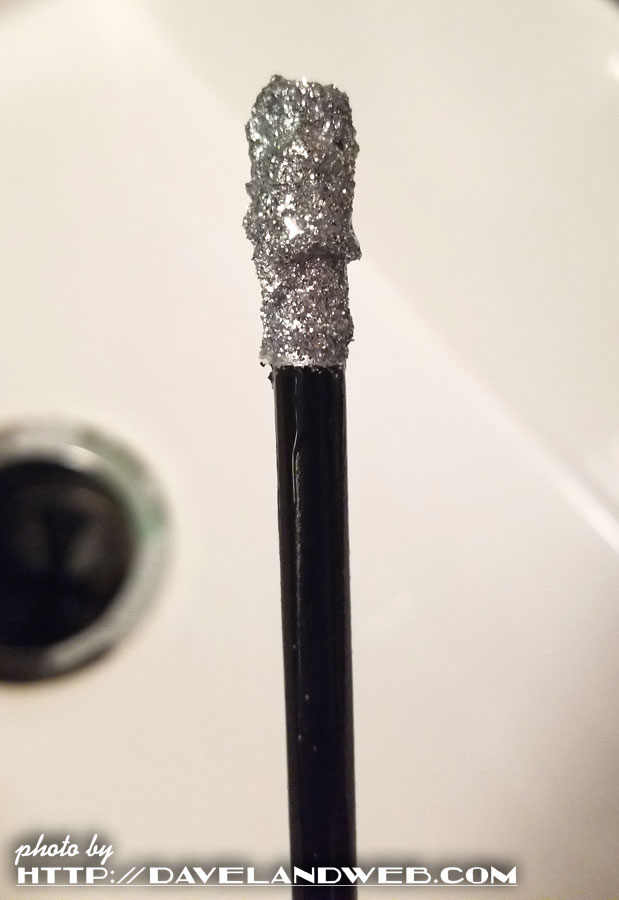 After a few more unsuccessful tries, I finally hit paydirt. In putting the ensemble together, here’s how it came out: 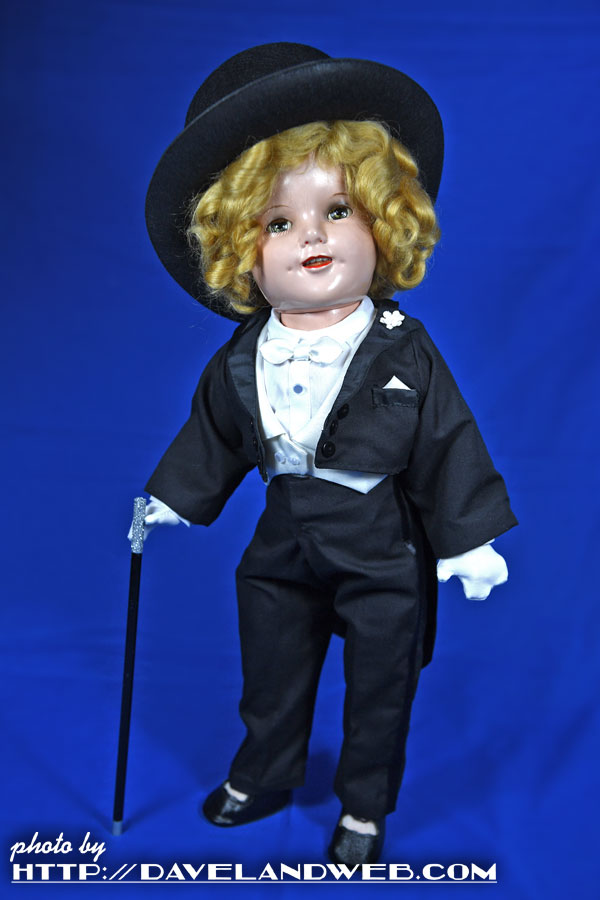 The too-large hat still bothered me. No matter how jaunty the angle, it still didn’t look right. Then one day I tried the hat on a 20" Shirley. BINGO! Guess what happened next? Lolly was making a 20" version of the tux (this time with pockets to hold the miniature pocket chain, just like Shirley in the movie) and I was busy making a larger cane and gloves! To say I was pleased with the final result is an understatement. The outfit looked so much better in the larger size. 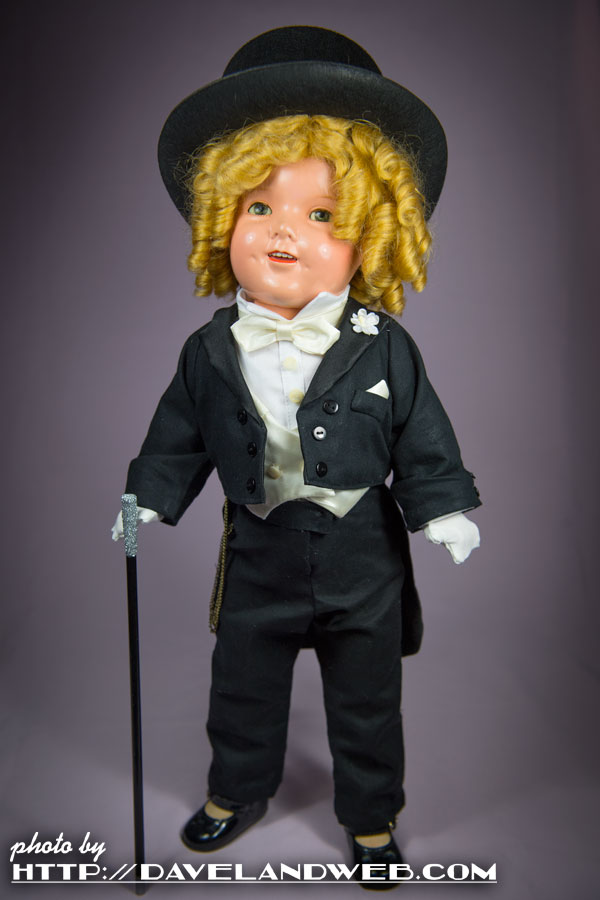 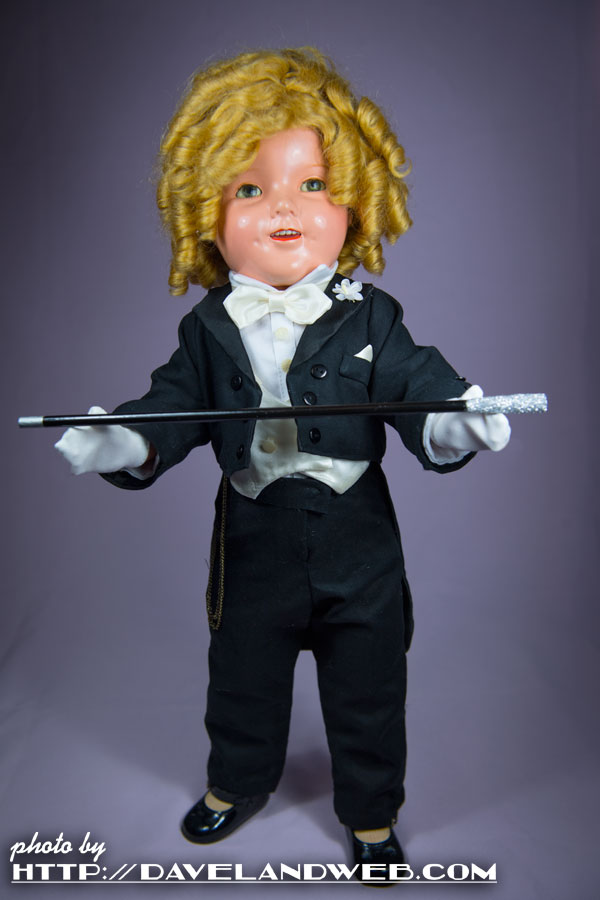 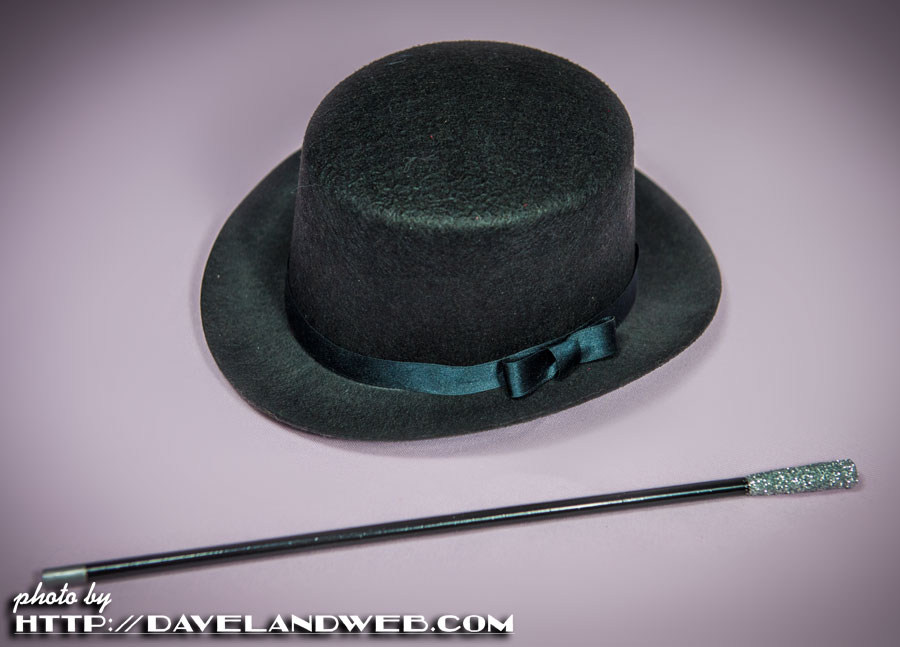 Daveland
Photographer and artist for hire; pop culture junkie at heart. Have camera, will travel.